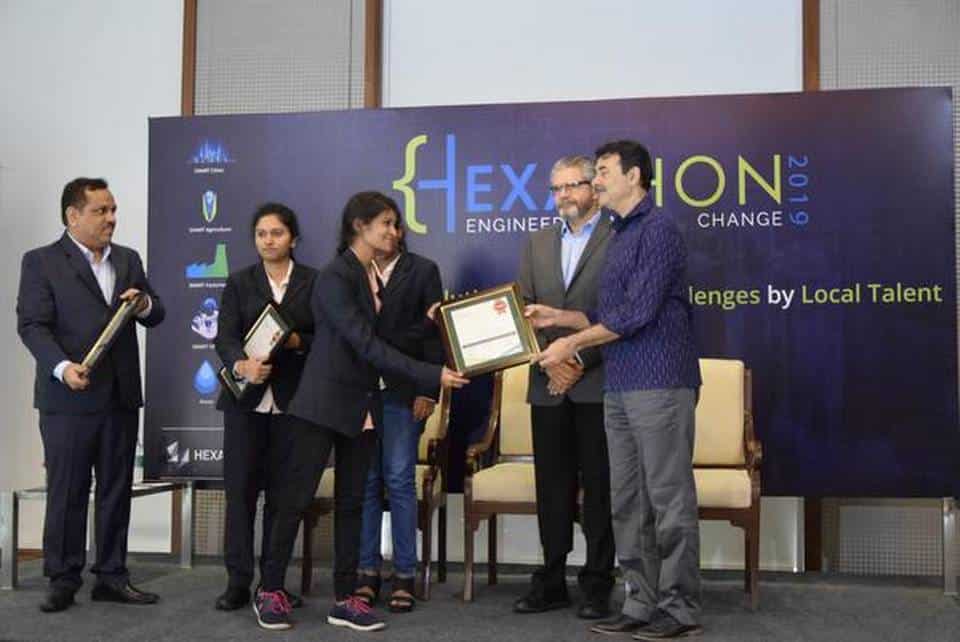 The team got first prize for such an innovative idea in Hexathon, India, which is a Swedish-based research and development hub. HCCI (Hexagon Capability Center India) organized a 24-hour hackathon for the engineering students for the Distinctive Ideas.

Shivani, one of the team members, said that the percentage of the poll in rural areas is comparatively higher than urban areas. That may be because of long queues at the polling station, and people in urban areas are so much busy that they do not want to be a queue for a long time.

The Principal Secretary of IT and Industries, Jayesh Ranjan, also attended the program. He liked the innovative idea of the girls and asked them to come up with their concept and present in front of the State Election Commission.

Shivani also said that when they won the hackathon, they were asked to test their idea of an online voting system in gated communities. According to their team, the system is safe as it is based on blockchain technology, and it is hard to break into this technology. This system ensures safety and security.

They won a trip to Singapore in the prize. The team will also meet the Chief Electoral Officer to discuss their idea and explore more opportunities to develop and deploy their solutions further.

Nowadays, blockchain is getting popular, and many organizations and industries adopt it. You can check gambling news where blockchain technology is used for betting and winning money in cryptocurrency. Blockchain has brought evolution and taking the world in a new direction.