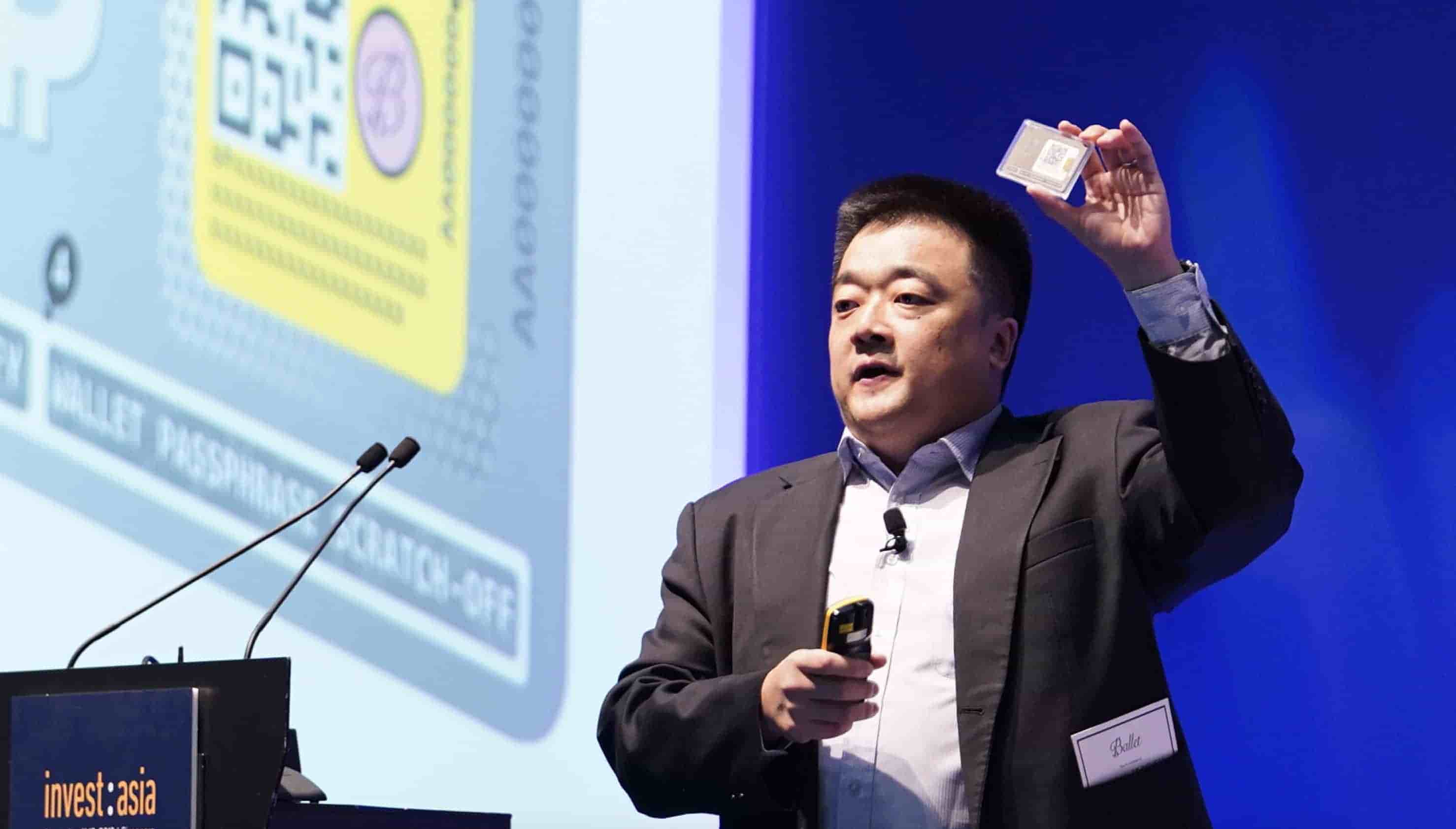 Bobby Lee also talked extensively about his latest offering Ballet, a metal hardware wallet as large as a credit card, capable of storing Bitcoin, Ether and 14 other altcoins.18 others are expected to join Ballet platform soon as per the project’s website.

Ballet will do the groundwork to connect each wallet address with associated private keys, but once the Ballet hardware wallet is bought, it will erase the data.

Ballets price at $29 is cheaper than other hardware wallets.

Bobby Lee is expecting that Ballet will thrive in Hardware Wallet market dominated by a few big players like Trezor, Ledger, and KeepKey.With Ballet Lee is hoping that he will be able to connect masses to Cryptocurrency which will, in turn, lead to further growth in usage of Cryptocurrency as possibly a payment system rather than just as an investment destination.

Warren Buffett Taps Into the Crypto Market With $1 Billion Investment

Fidelity Announces to Offer a Platform for Cryptocurrency Transaction in Europe