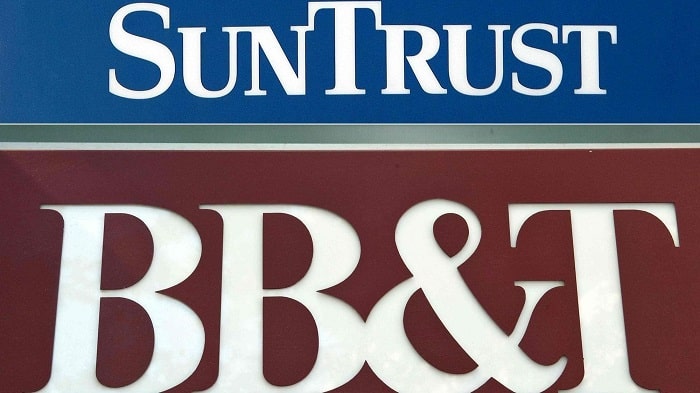 Thursday witnessed the largest bank merger since the financial crisis in 2007-2009. Analysts predict more deals like this are likely in the near future.  BB&T Corp, a regional lender in the U.S., announced it would buy SunTrust Banks Inc for $28 billion in stock. The banks plan to close the deal this year. This would have been improbable before the crisis era regulations were eased by the administration of U.S. President Donald Trump.  This merger will put pressure on other banks to consider new deals according to analysts.

Ken Usdin, Jefferies analyst, said that this deal would open up eyes on potential and sizeable M&A in the future.  Brian Moynihan, Chief Executive of Bank of America Corp, has predicted a new wave of major bank mergers at the recent World Economic Forum held in Davos, Switzerland.  However, not everyone was happy with the deal. According to Maxine Waters, Chairwoman of House Financial Services Committee, the proposed merger between BB&T and SunTrust is a direct consequence of the agenda advanced by Congressional Republicans and Trump. The merger raises many questions and needs to be scrutinized seriously by banking regulators, the public and the Congress to determine its impact as well as whether it will result in a public benefit for consumers.

SunTrust and BB&T said that the merger would produce $1.6 billion as annual cost savings by 2022. The executives also said in a CNBC interview that the proposed merger would allow the banks to invest heavily in new technology as demanded by the customers.  William Rogers, Chief Executive at SunTrust said that the proposed merger is proof that business is changing and will continue to do so. It also offers the bank the chance to become the top competitive bank.

After the merger, the combined bank will use a new name and have over $442 billion in assets, $324 billion in deposits and $301 billion in loans. This will put it in the same league as U.S. Bancorp, which has around $467 billion in assets.  Both banks reported strong earnings in the fourth quarter last month, helping them strike the deal from a position of strength. The proposed merger will create a powerful company in one of the best markets in the country.

The combined company will cover the U.S. East Coast and have its new headquarters at Charlotte, North Carolina. BB&T and SunTrust have been considered natural partners for a long time and do not expect a bid from another back.