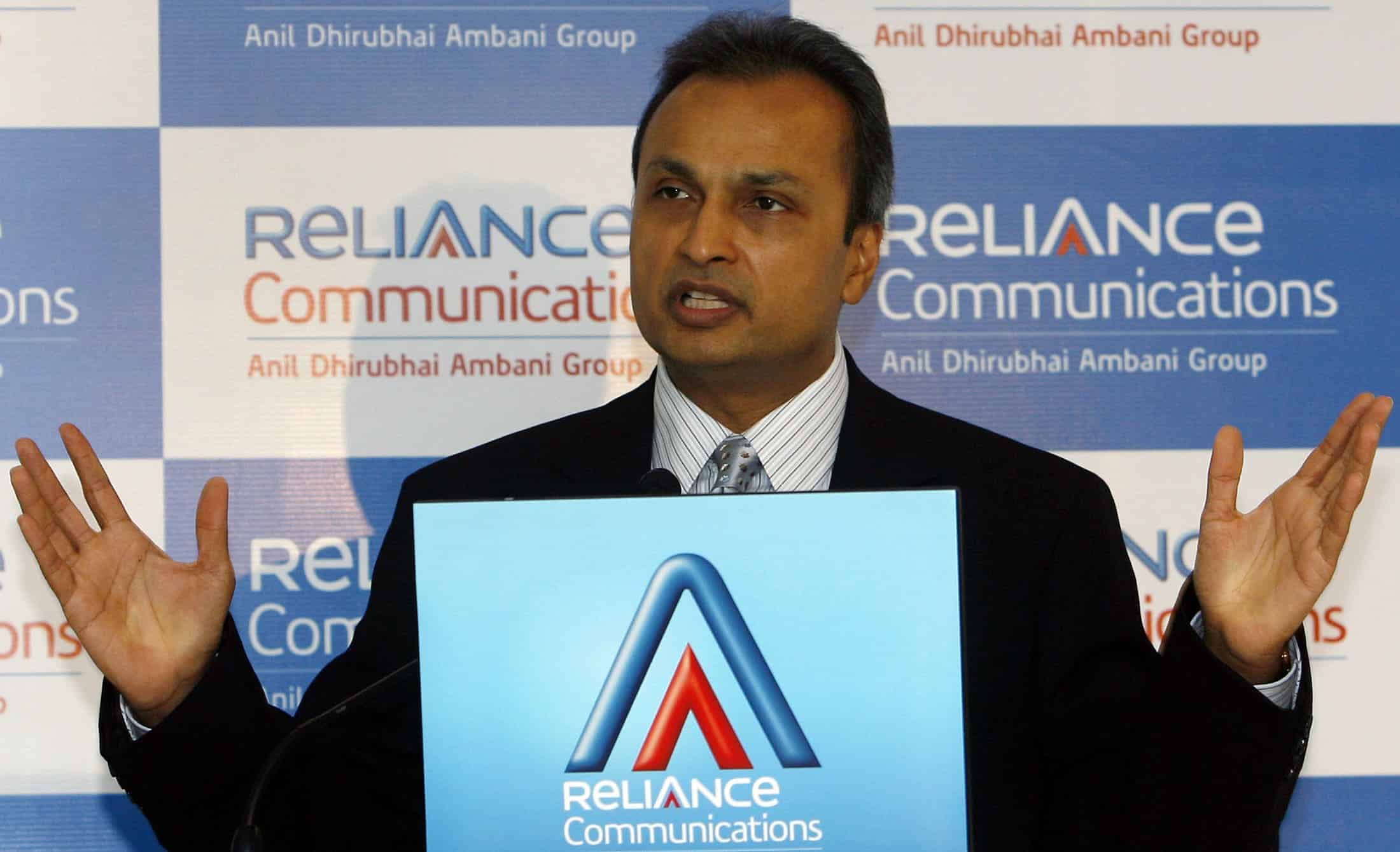 Lenders dumped shares of the troubled Anil Ambani backed Reliance Group they held as collateral as the group’s market value dipped by Rs 12,600 crore ($1.8b).

About 5.5 billion shares in four companies, viz. Reliance Power, Reliance Infrastructure, Reliance Communications, and Reliance capital, were sold by the creditors, mainly NBFCs. L&T Finance and entities of the Edelweiss Group, the major creditors of the ailing companies, made open market sales of over Rs 400 crore in a span of just four days, between 4th-7th February. This has led to an almost 55% drop in the group’s market capitalization.

Reportedly, the group is quite upset over the sudden move of its creditors as it claimed that the 3 of four companies were doing well. In an official statement, the Reliance Group stated said that the sale by L&T and Edelweiss induced a fall of Rs 13,000 crore over days, impacting more than 7.2 million shareholders. The group has further termed the sale of pledged shares as illegal, motivated and wholly unjustified.

Countering the allegations, L&T Finance stated that the sale of the Reliance Group companies was well within its contractual rights and that there was nothing illegal about it. The Edelweiss group also echoed similar voices stating that the sale was within legal boundaries, dismissing the allegations. Edelweiss also claimed that the Anil Ambani group failed to address its concerns on the shortfall in margins and consequent fall in collateral valuation. L&T alone sold shares worth over Rs 234 crore it held in all four companies. Apart from these two NBFCs, STCI Finance also sold its shares worth over Rs 37 crore of Reliance Infrastructure during the week.

L&T Finance further had granted loans against pledged shares to Reliance ADAG Group companies, which later on defaulted, including a margin for a shortfall in the stipulated security cover. L&T materialized its rights of invocation and sold the pledged shares to the extent of its outstanding news, but only after furnishing several notices in the past few months.

On the other hand, Reliance Group stated that the manner of conduct of the open market sales, without any attempts of orderly market disposal through a bid or a structured process, is illegal on seven accounts including price manipulation, insider trading, and market abuse. The group had announced its plans to invoke insolvency for Reliance Communications, however, claimed that the other group companies would not have been affected. It also claimed that Reliance Cap, Infra and Power were performing satisfactorily and that there was no change in position after the sale as well.

The market capitalization of the entire Reliance Anil Ambani group was valued at below Rs 23,000 crore on Friday, which equates to almost half of the debt owed alone by Reliance Communications. Shares of all firms gained 3-11 percent on Friday, following a steep fall. In total, shares are down by 24-58 percent. Reliance Nippon Life Asset Management, however, has been doing exceptionally well and was up by 20%.