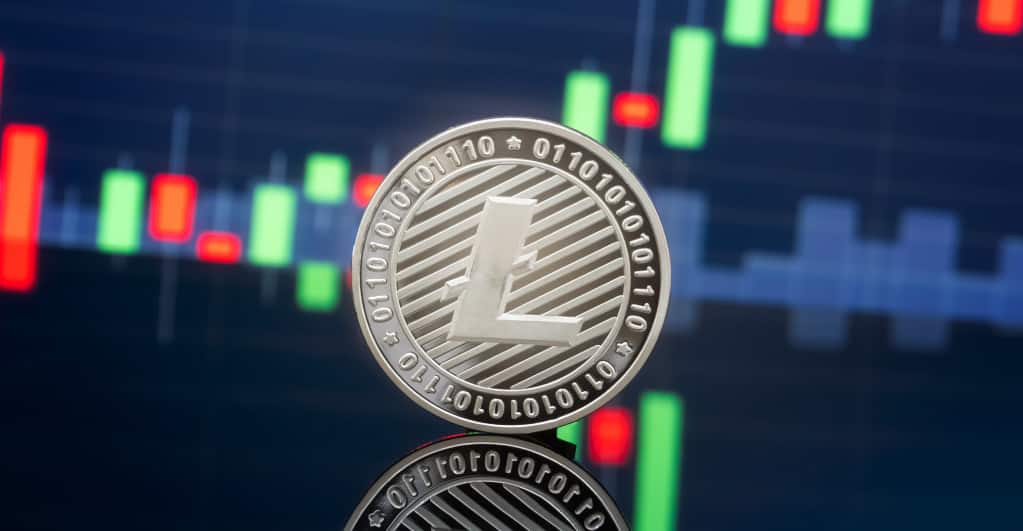 The most popular coins, such as Bitcoin and Ethereum, have drawbacks. After they get popular, the transactions become slower, and users have to pay higher fees for transactions. An ex Microsoft employee Charles Lee comes with the solution. He created a new coin based on the Bitcoin protocol and followed many aspects of the main net. It is mainly designed to handle retail transactions with lesser fees, similar to Bitcoin Cash. The maximum supply of LTC is 84 million.

It has a smaller blockchain transaction history of 20 GB (Bitcoin has around 180GB), and it gets updated faster with new technology. In short, it is the light version of Bitcoin, so all the work related to the Bitcoin protocol becomes easy with Litecoin even the mining is easier and needs a small initial investment.

Here comes the disadvantage, due to the small initial investment, vulnerable parties with enough resources may attack the protocol. Indeed, developers are working on it to prevent it.

Litecoin is a decentralized peer-to-peer cash transfer system that removes any interference from third parties. It also works in proof of work consensus with the Scrypt hashing algorithm. 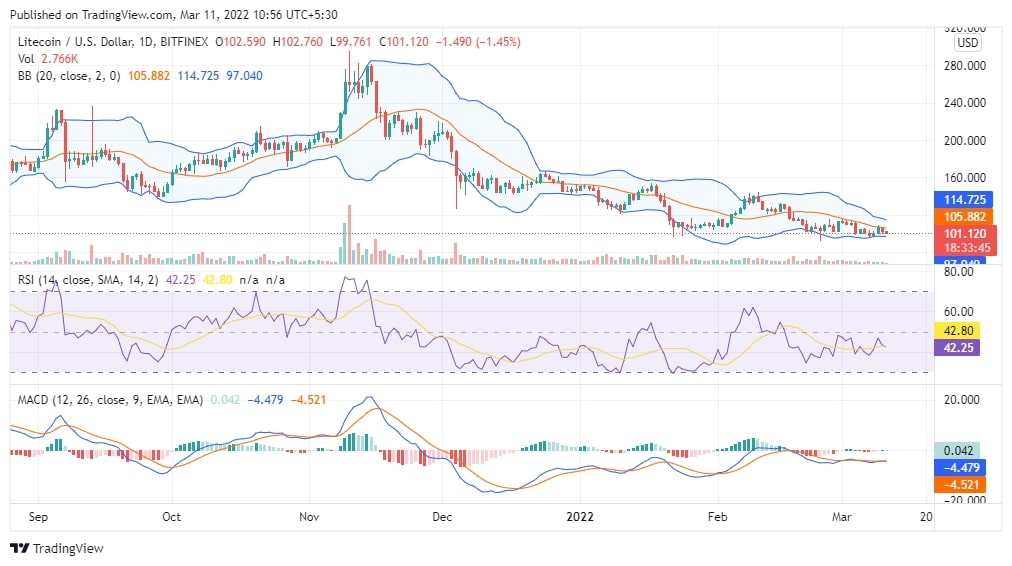 At the time of writing this technical analysis, the LTC price is trading around $102.92. The chart is bearish, and most of the technical indicators suggest it. We do not think it is the ideal time for short-term investment as per the  Litecoin price prediction. For more information, we have to analyze long-term and short-term charts.

On the daily chart, the MACD is neutral; the RSA is stable at 42, and candlesticks are forming in the lower half of the Bollinger Band, which suggests the price will remain within a range. That is why we do not suggest buying, at least for the short term. 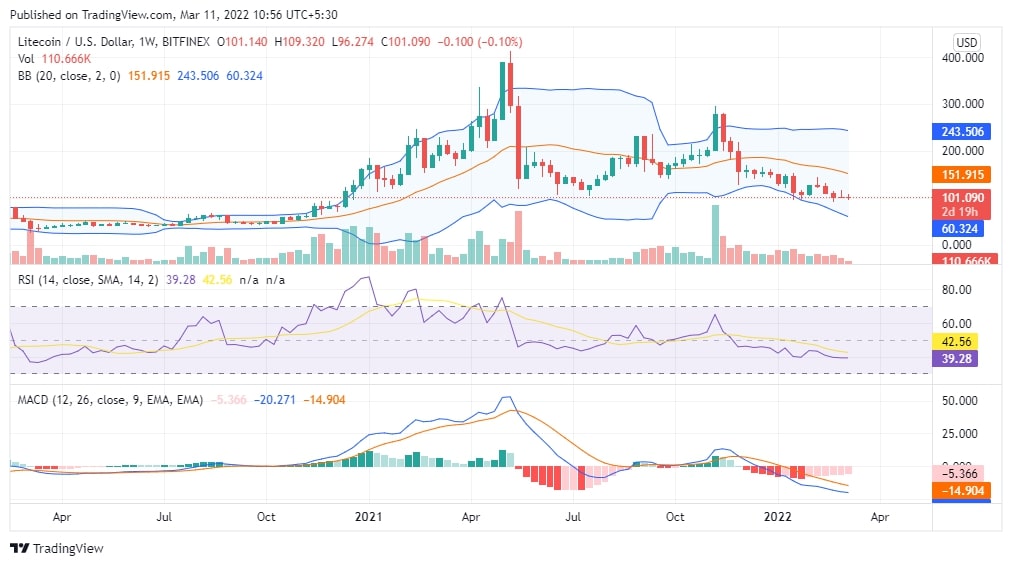 On the weekly chart, the situation is not different. After making two higher highs and higher lows, the chart has been downtrend since November last year. Even after four months, it does not show any sign of bullishness. Indeed, it has a huge potential to grow in the long term. Investors and analysts are optimistic about the growth; we cannot suggest buying based on the weekly chart. The RSI is around 40, the MACD is bearish, and candlesticks are forming in the lower half of the BB.

The price will be volatile this year, and it can be a consolidation year for cryptocurrency, so we do not suggest buying at least for the short term, but indeed if you think Litecoin will grow in the future, then you can accumulate some coins for the long term.