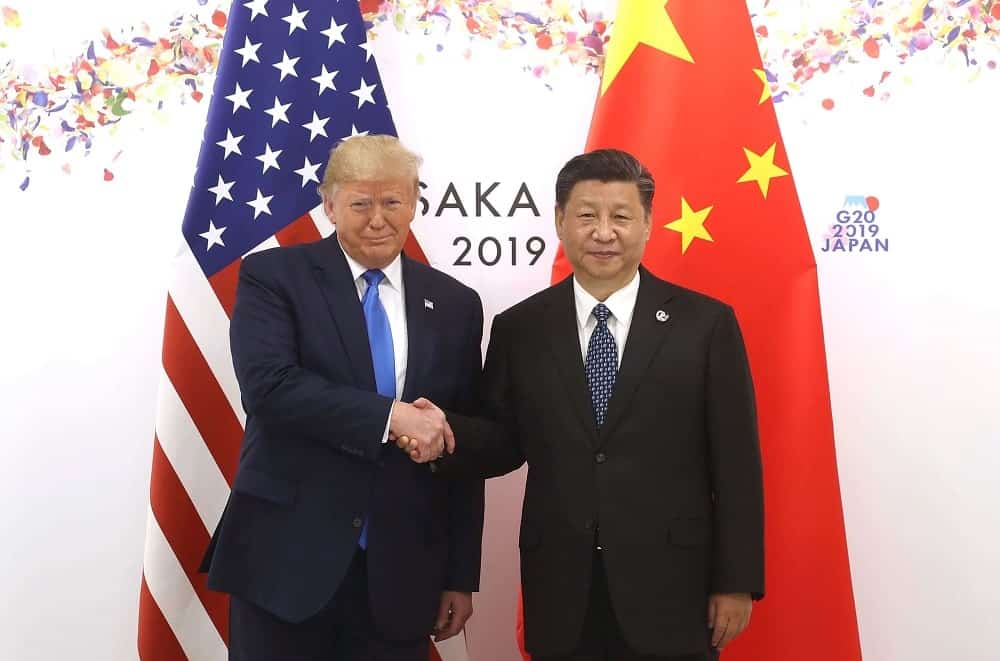 The United States-China trade war has been the biggest issue affecting global businesses over the past few months, and now the talks between the representatives of the two nations are at the final stretch. It seems that the two sides are nearing an agreement as United States President Donald Trump stated on Friday that due to ‘productive’ talks, he was delaying the imposition of higher tariffs on Chinese goods.

The two parties had been engaged in intense talks over the weekend, and it is now nearing the home stretch as both sides believe a deal could be reached. As is almost always the case, the US President took to the social media website Twitter to share his views regarding the trade talks with the rest of the world. He tweeted, “I will be delaying the U.S. increase in tariffs now scheduled for March 1. Assuming both sides make additional progress, we will be planning a Summit for President Xi and myself, at Mar-a-Lago, to conclude an agreement. A very good weekend for U.S. & China!”

The US President and his Chinese counterpart Xi Jinping had decided to halt all new tariffs for 90 days after a retaliatory imposition of tariffs by both nations on each other’s products escalated the trade war into unchartered territory. Both parties had engaged in talks in China and over the past week in the United States. According to many experts, it has now become abundantly clear that the trade war was not in the best interests of either country and both wanted to reach a resolution.

Scott Kennedy, an expert on China at the Center for Strategic and International Studies stated that extending the deadline constitutes a strategic victory for the Chinese. He said, “We can’t be sure whether this constitutes a major cave or success because we don’t know the details of what has been negotiated. But … agreeing to extend negotiations a few more weeks definitely is in China’s interests.” However, one thing that simply cannot be denied is that the resolution of the trade war between the world’s biggest economies is in the best interests of almost all countries, businesses and industries. The development got thumbs up from the markets as well as the indices in China, and the United States rose sharply following the tweet from the US President. The trade war with China remains one of the cornerstones of Donald Trump’s presidency, and it is almost certain that it is going to be a key element of his re-election campaign.