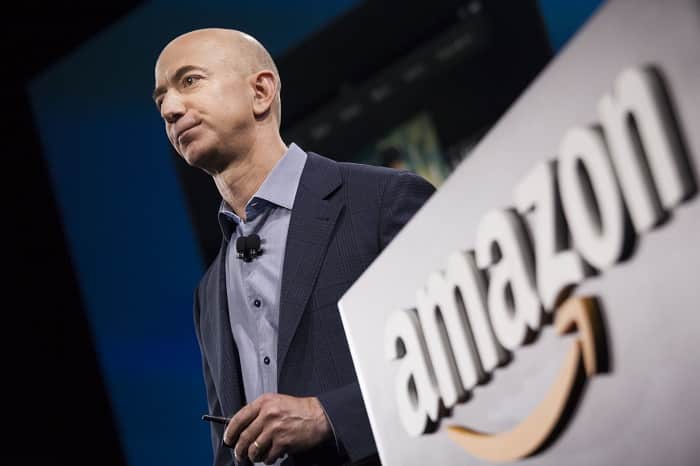 The Amazon chief, Jeff Bezos used to hate advertisements. But, recently as per sources, he had changed his mind. That is the reason for the sudden surge of ads of Amazon everywhere.

Amazon’s CEO once famously said ads are “the price you pay when your product is unremarkable.” But during the company’s internal all-hands meeting in November, an employee asked the CEO if he’s had a “change of heart” on buying ads for Amazon’s products.

“Yes, I changed my mind,” Bezos said with a laugh during the meeting.

In the United States, the company has increased its spending on advertisements by 72.5 percent promoting everything from its Echo devices to Amazon Web Services. As per Kantar Media, which tracks TV, digital, outdoor billboards and other platforms, but not social media, Amazon’s last year’s spending on the advertisement was close to $1.8 billion. This expenditure pushed Amazon into the fifth spot among U.S. advertisers and shown by far the most significant increase among the top 10 companies. Amazon was not even in the top 20 until 2015.

Bezos’ change of mind on advertising shows the radical change in the business of Amazon. It is no longer the predominant player in the e-commerce field. Most of Amazon’s revenue still is dependent on online sales; Amazon now has a whole portfolio of branded products and services that consumers and businesses need to see on TV ads and elsewhere.

Procter & Gamble, AT&T, Berkshire Hathaway, and Comcast are the four companies ahead of Amazon in spending on advertisements.

As per the sources, Amazon will be airing ads for the fourth straight year during Sunday’s Super Bowl event between the New England Patriots and Los Angeles Rams. Each 30-second spot will cost a record $2.5 million to the advertisers. Amazon may run multiple ads during the game.

The cost of advertisements is showing in Amazon’s financial results as well. In a recent report, Amazon reported a record $13.8 billion marketing expense for 2018, up 37 percent from the prior year. That was just 5.9 percent of Amazon’s total revenue, the highest ratio in 18 years. Within its marketing budget, “advertising and other promotional costs,” which includes referrals commissions, accounted for $8.2 billion, up from $6.3 billion in 2017, it said.

However, Amazon credited increased hiring of marketing and salespeople, as well as more spending on “online marketing channels” for the increased costs in its regulatory findings.

As per Joe Swallen, chief research officer at Kantar, while Amazon is becoming more of a product company, it also has to invest more in defending its turf, e-commerce, because Walmart, Target and Best Buy are initiating promotion of their online commerce businesses.

“Even with its massive customer base and dominant share of online sales, Amazon needs to spend heavily on advertising to counteract the expanding focus of traditional retailers on e-commerce,” he said.

Most of the spending on advertisements is going to television. Kantar said Amazon spent 37 percent, or $679 million, of its U.S. ad budget last year on TV ads, going up from 32 percent in 2015.

Harikesh Nair, a marketing professor at Stanford University, said that is the sole place where Amazon can target a larger audience.

Advertising its mainstream brand in mainstream America is very important as Amazon has expanded into so many different areas, including hardware, grocery stores, and entertainment. Carl Mela, a marketing professor at Duke University, said Google, Microsoft, and Walmart are competitors of Amazon and they have made Amazon increase its spending.

“To build share in these markets requires a substantial marketing investment,” Mela said.