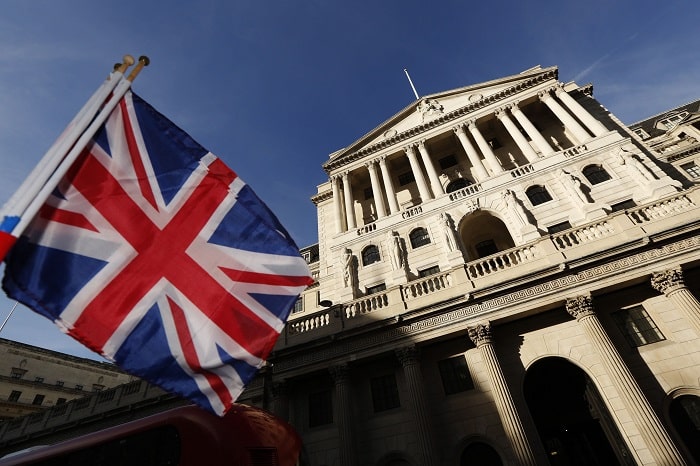 The Bank of England said that the United Kingdom is likely to see its weakest economic growth since 2009 due to uncertainty over Brexit and also global economic slowdown. It also predicts that the interest rates will increase if Brexit deal goes through and Britain come out of the European Union. Britain which is the fifth biggest economy in the world is due to leave the European Union on Mar 29. After the parliament voted against her mandate last month Theresa May, the Prime Minister of UK is looking to bargain for more concessions from Brussels to ensure her unhappy Conservative party is satisfied with the exit plan that has been drawn.

The Central Bank has released its economic forecast for 2019 and has reduced the growth from its previous estimate of 1.7% to 1.2%. After the forecasts were released, few economists predict there is a 1:4 chance of a recession. There is also a possibility of the economy growing by over 2% thereby underlining the uncertainty in the economy.

The Governor of the Bank of England said that there was rising tension in Britain’s economy as there is a huge possibility of a sudden and damaging exit from the EU and called it the ‘fog of Brexit.’ He also said that there is a range of options and possibilities available still as there was at the beginning of the referendum and said that ‘not everything will be tied up with a nice package.’ The other major central banks have indicated that they will not raise the interest in loans, but BOE has made a small but gradual increase in rates. Earlier, the policymakers voted to keep the rates at 0.75%. Investors have reduced their expectations for an increase in interest rates this year as per indicators from interest rate futures. The Bank of England also predicted that there would be a reduction in housing and business investment and also a 50% reduction in the growth of exports.

The BOE also predicts that inflation will go higher than expected and is likely to reach 2.1%. It has sent its investors reminders that the rates will rise quickly. That is due to the increase in employment rates and wage growth. All the major Wealth Management Firms in Europe hold a position in the market until the market turns back to normal.

Meanwhile, the Sterling fell 0.25% against the dollar and reached its two-week low only to recover later in the day when the BOE governor said that the UK economy could bounce back if the Brexit deadlock is cleared.