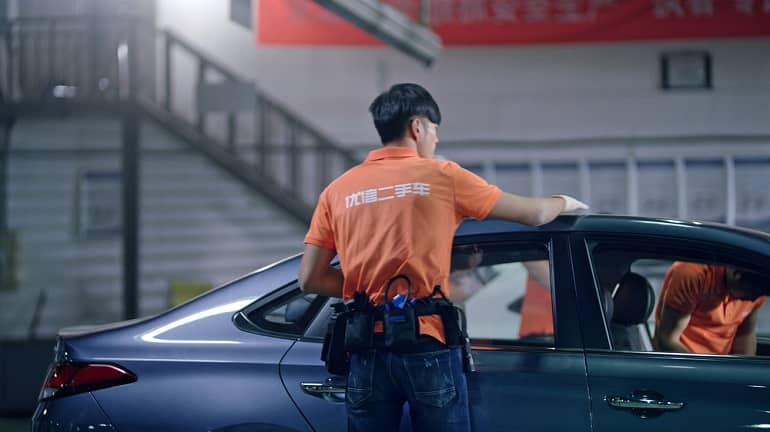 SoftBank’s Vision Fund is the world’s biggest private equity fund, and its track record shows that if it invests in business then it is time to take notice of the business in question. In a fresh development, it has emerged that the Vision Fund is planning to invest $1.5 billion in Guazi.com, a Chinese car trading platform. The two parties are currently in talks regarding a deal, and if the deal does go through, then it would be the fund’s latest deal in China. The Vision Fund seems to have made a conscious effort to have a bigger foothold in China, and it is only natural because it is currently the world’s 2nd largest economy. The Vision Fund raised $93 billion back in 2017 when it was first launched and are invested in businesses like WeWork and Uber Technologies Inc.

The deal is going to value Guazi at $8.5 billion, according to sources who are close to the developments. This is not the Vision Fund’s first investment in this particular line of business. They had earlier invested 460 million Euros in Auto 1, a used car trading platform based out of Germany. However, what is interesting to note is that, before these talks with Guazi, Vision Fund representatives had also sounded out Renrenche. Renrenche is Gauzi’s rival in the business and has attracted investment from Didi Chuxing, a Chinese car-hailing company.

That being said, Guazi must be an attractive investment for any private equity firm. Chinese investment behemoth Tencent and Sequoia Capital China are both invested in it. It is a consumer to consumer car trading service, and since its establishment in 2014, Guazo has carved out a place for itself in the market. The used car market in China has grown at a remarkable clip, and even though car sales declined amid the economic slowdown, the market for used cars continued to grow. According to data from the Chinese Automobile Dealers Association, the total value of the transactions in the used car segment stood at $127.6 billion last year, and it is hardly a surprise that the Vision Fund wants to get a piece of that action. The used car sales also rose by almost 12% last year. In addition to that, Chinese authorities have also spoken about loosening restrictions on the used car market. The future looks bright for the industry for now and perhaps shows why SoftBank’s Vision Fund is ready to make such an enormous bet.