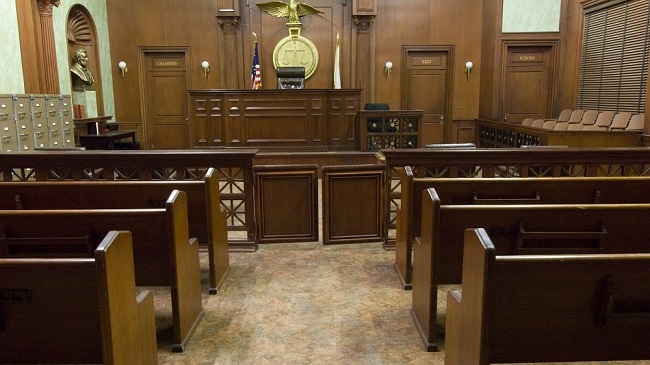 On Tuesday, as per a U.S. appeals court’s ruling, Trump is required to turn over details of his investment records. Deutsche Bank AG, Capital One Financial Corp, have been asked to abide by the subpoenas from congressional Democrats, in this context.
While Deutsche Bank has agreed to comply with court orders, Capital One is yet to share its response.

In an attempt to stop the banks from divulging details, Trump had sued the two banks; after the Manhattan-based 2nd U.S. Circuit Court of Appeals comprising a 3 judge panel had rejected the President’s proposal to obstruct 2 House of Representatives committees’ decision to subpoena the banks’ records.

Reports say that following Trump’s request to Ukraine to probe into Democratic political rival Joe Biden and his son Hunter Biden, House Democrats initiated an inquiry in September to see if Trump could be prosecuted somehow; and that the subpoenas involved in Tuesday’s ruling were issued months before that.

Nevertheless, following this, as Judge Edgardo Ramos ruled that nothing could stop the enforcement of subpoenas, Trump went on to appeal, stating that the issued subpoenas are invalid. Trump’s lawyer, Jay Sekulow, informed that options such as attempting review at the Supreme Court (whose 5-4 conservative majority consists of 2 judges appointed by Trump), are being weighed as to how to approach the 2nd Circuit decision.

Applauding the 2nd Circuit court’s ruling, Nancy Pelosi, Speaker of Democratic House of Representatives, called this as another triumph of the constitution, law, and American democracy.

Maxine Waters of the Financial Services Committee and Adam Schiff of the Intelligence Committee, leaders of the two House panels responsible for imposing the subpoenas, gave out a statement assuring that the ruling would guarantee consistent production of a considerable portion of the documents sought by the committees.

Trump earlier had gone against conventions to not disclose his tax returns as a candidate and as a president in 2016. And now, with 2020 re-election round the corner, he is fighting hard to guard his financial details.

However, citing that congressional investigations substantially overbalance the privacy interests impinged by divulgence of financial records, a 2-1 majority of the 2nd Circuit panel dismissed Trump’s disputation that Congress’ intention to pursue his records lacked validity and would compromise privacy.

Principal lender at Trump’s real estate business, Deutsche Bank, has been ascertained by congressional investigators, with money laundering control malfunction in its transactions with Russian oligarchs, according to Reuters reports.

Further investigations have revealed that a 2017 disclosure form had Trump’s $130 million of liabilities to the bank, enlisted.

Referring to the House of Financial Services Committee and the Intelligence Committee’s decision to subpoena Deutsche Bank for details about Trump, his three children, immediate family members, the Trump Organization, lawmakers have cited it to be a part of a broader investigation of money laundering and foreign influence on U.S. politics.

Virginia-based Capital One has also been subpoenaed for Trump’s hotel business records. Records involved in the case do not include Trump’s tax returns, has been stated by both the banks.

Judge Debra Ann Livingston backed Trump by saying that he is ought to get a chance to stop his financial records from being divulged since the “serious constitutional questions” raised by his family about congressional authority to impose “deeply troubling” subpoenas, should not be overlooked.

December 13, has been slated for the Supreme Court to decide whether there will be a hearing of Trump’s appeal of lower court rulings that directed Mazars LLP to furnish Trump’s personal and corporate tax returns (2011-2018). He is yet to file his appeal of a court ruling in Washington, directing Mazar to release his financial details by Thursday.